We hope you’ve had a chance to read our recent Ampersand interview with poet Elisa Biagini whose book Da una crepa (Einaudi, 2014) has been translated and is
forthcoming in the US by Xenos Books. From that collection, two poems—sharp, haunting, physical—appear on these pages. We also caught up with Elisa at NYU
in April for a discussion with students about literary arts in Florence, and, more broadly, about the creative process and practice of an artist.

In this issue, our theme is “a turning point” and we are looking at immigration through the writings of a young immigrant from The Gambia whose chapters (in English) came to us through the back door. Sani was glad to learn a selection from his longer memoir project would appear in this publication. Offering another point of view, an excerpt from Madness and Civilization, a story by Lee Foust, also addresses immigration. The full version of Foust’s story can be found on our website. Photography by Mark Wyatt enlivens the issue with evocative, snapshot portraits that capture aspects of our shared humanity.

Be on the lookout for our Ampersand interview with Baret Magarian over the summer and remember to visit our Submissions page for our Autumn Issue theme and deadline, and our Facebook page where we post at least three times a week.

CULTURAL COMMENTARY, Sani
Why I Don’t Complete My Education

POETRY, Elisa Biagini
untitled & against the wind
from the forthcoming The Planet of Dreaming 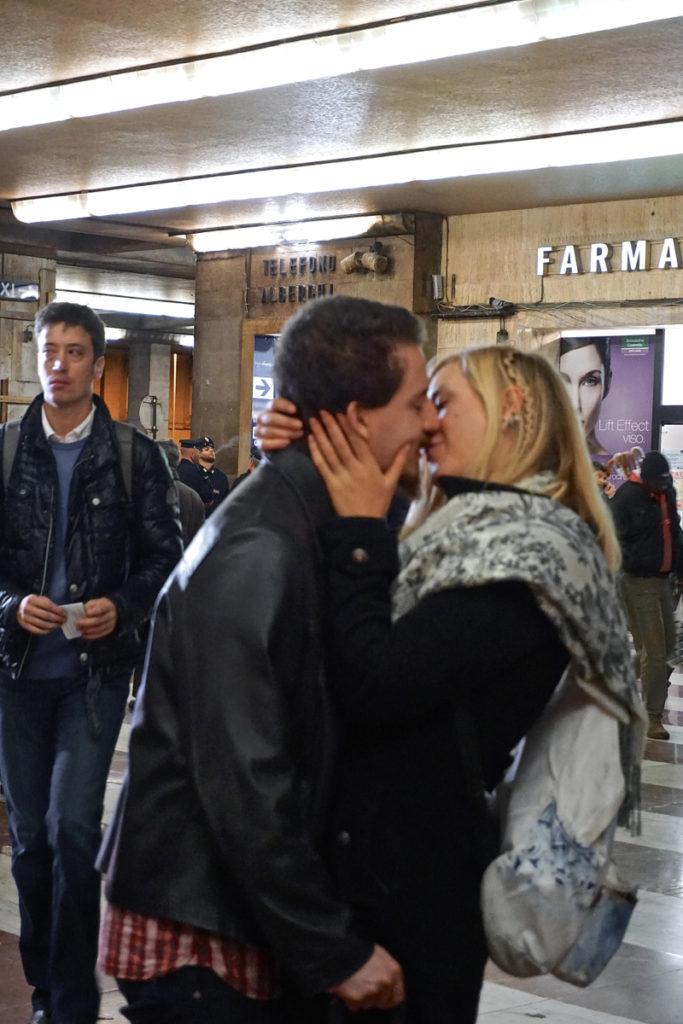 WHY I DON’T COMPLETE MY EDUCATION

I started school at Botrub nursery school when I was six years old, two years after I went to Kembujeh primary for my primary one level and later during primary three level I transferred to another school (Bundung primary). There I was elected as a Councilor (senior prefect) because of my hard work and discipline.

Then in my primary five as I continued achieving I was forced by my school headteacher (late Mr Gibba, God rest his soul) to stand as a candidate for the election of the school Head Boy but unfortunately I couldn’t stand because I was shy to stand before the crowd and give my speeches so with respect, I went to his office and explained to him my reasons for not being content.

With all this good character of me, I won the heart of many teachers in my school.

In primary six level I started facing challenges by my class mates, which gave me a hard time for studies. My primary six teacher gave presents at end of every term exam for the first position. I always burn the midnight candle and with all those challenges, I won the prizes for every term except our second term which was won by a female in my class (Adama).

Adama was beautiful and vain, she was intelligent and so respectful but very quiet. Because of that challenge then my heart runs for her and I look her up until she became my date and she was madly in love with me, but how I wish she never came in my life because she ruined my life and she drove me to adversity, she spoiled my education and because of her I went for a journey that I never imagine in this world but it also became my safety. Though she loved me and I love her too but I blame her for every pain in this world and because of her I run from my country to be a refugee by illegal way and now am surviving in different world as my family and friends when I cannot go back to my people [or else] “death.”

At first in our primary six, to junior school level eight, we were madly in love with each other and I really enjoyed her love for those moments but problems occurred after the end of our junior school level nine (i.e., when she was forcedly married to a man of not her choice), then she ran and came to me for protection when I have no power to help her and it is forbidden for a man to make love for a married woman in our country (that is called adultery and if committed then the man will be stoned till death).

So as she was in my room trying to explain her reason for running, the neighbours heard her voice in my room and this makes me to leave Gambia that very night and run to Senegal (where I know no one) and I was there for two months, then the girl’s family heard for my whereabout in Senegal and they plan to come for me when my good people told me to move from there because I am still in danger (because Gambia and Senegal are bordered). Then I move to Mali (where I was for four months without a good job or good shelter but sleeping at the market places and
looking customer for drivers (as my job).

Again, life was difficult there, then I decide to move again to Libya and see if I can feel some changes since I can’t go back to my country ever again.

But indeed Libya was the worst of all. Because they took from you all that you work for in a day (which is very painful to survive in a situation like that). I never saved money all because of armed robbers (Asma boys) in Libya. They always attacked us with arms and took from us all that we saved and again we non-Libyans will be stealing from each other because more than hundreds of people living under the same roof and not all of us fit. Sickness all over, sorry for you if get sick there, never can you go to their hospital for treatment, not even good medicines, insects all over the places, bad smells around and everyone scratching his or her body because of “karanko” bites. Even feeding yourself becomes problem at times and some people even die for nothing because hundreds of people will be living under the same roof. Libyans never allowed us to have good health since they believe that all black people smell, so unless you go to their rubbish places at the market side and pick some better foods to feed yourself, hunger kills other people, sickness kills others, and others are killed by Libyans for disobeying their command. And Libyans will kill non-Libyans for nothing just because they hate your colour, and again covering their nose saying that black people smell, but nothing other than belittling us and showing us that they don’t have human sympathy.

Because of this painful situation then I decide to risk my life “better to die in the ocean than to die in Libya” where you’ll be thrown in the desert without burial. And so luckily God has allowed me to live but I never expect to survive and still am living in this suffer world. Am now far from my mum and sister and I never know their conditions and neither do I know their feelings. I will miss my mum, miss my sister, miss the moments we had together, and even miss her daily stories and tales. I am without homeland and without a country to return to again without a culture again, without ancestors again, without my grandmother’s stories again and without seeing my family again.

I really enjoyed school life for those moments and so sad that I couldn’t complete my education as expected. 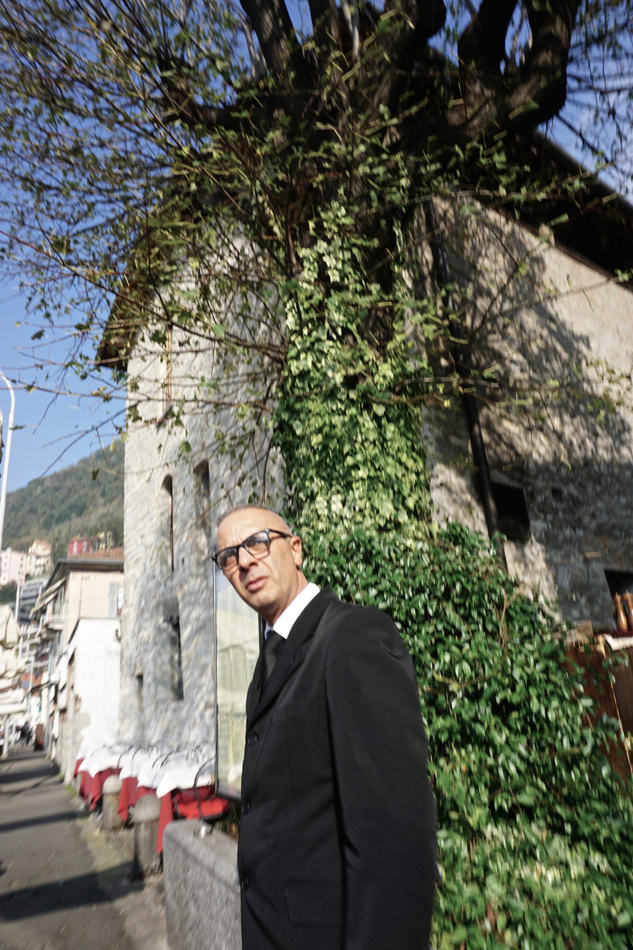 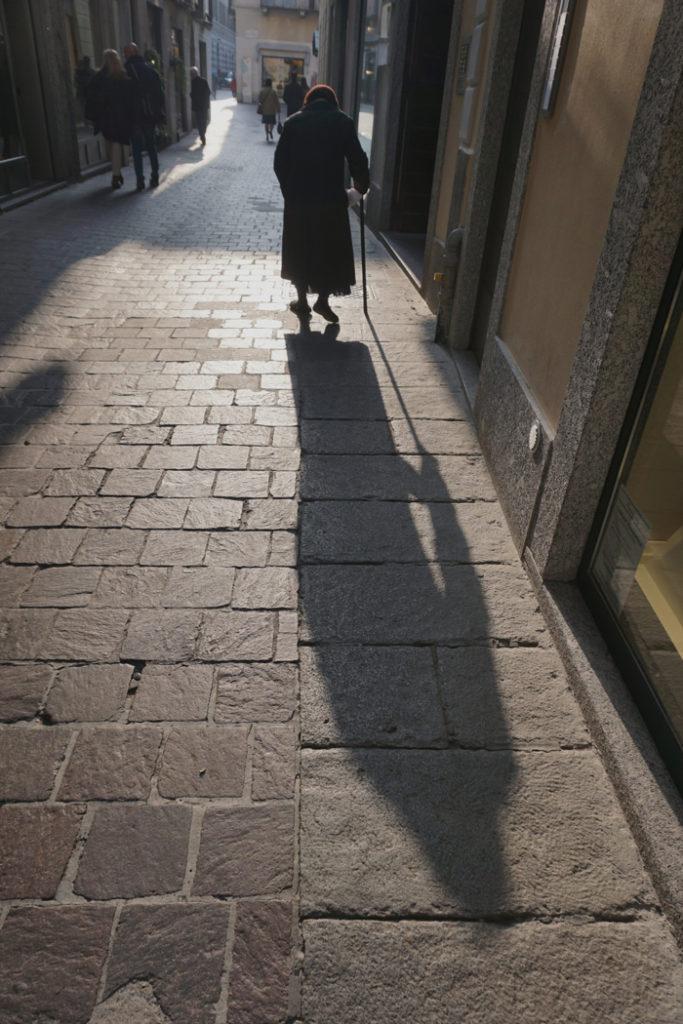 UNTITLED, FROM THE PLANET OF DREAMING

When the eye grows dim
don’t look for the warmth
of the hand that lowers the eyelid,
escape from the melody of the word,
the voice that smiles at you through false teeth.

If language is world, is
mirror, be in it with your pupil
wide open, fish out from that black
the ink that speaks words
vertically. In its shadow questions
grow, space is given
to thoughts breathing.

Not horizontal words that submerge,
but the white of margins, the pause that
covers the absence between you and me.

I twist the paper in my hands,
reknot the breath in my throat:
look at the letters with all those blades,
like the shadows of things never said.

I make night and then hold the paper close
your darkest word brings me light,
pulses in my palm all of its silence.
A seed this that is never consumed.

Against the wind words
are only callings out,
saliva that comes back 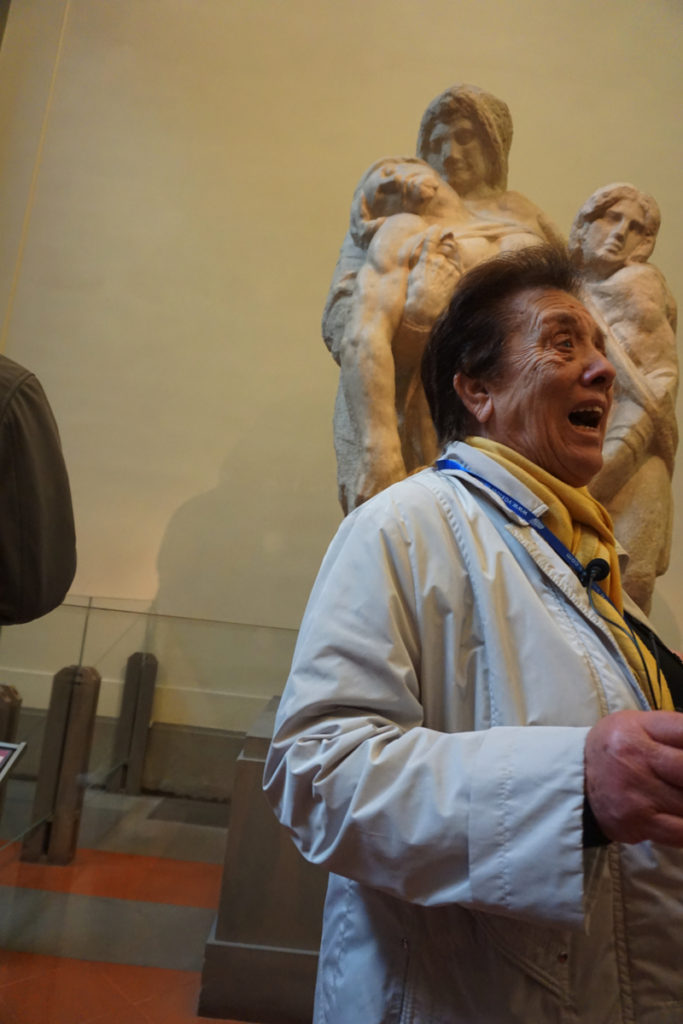 Excerpt from MADNESS AND CIVILIZATION

It took me a while to come to consider everyday madness as an acute form of desperation, and yet I now believe it to be an inevitable conclusion. The concept sounds simpler than it is. Desperation, we know from experience, sets in when we lose our moorings, when we no longer know where we belong, when we have to re-learn how to behave, how to speak, when everyone looks at us—our foreign clothes, alien manners, and the odd color of our skin—funny. Yet immigration has made us dependent on these suspicious strangers for our next meal.

I first saw this particular form of madness in the eyes of the street vendors and beggars of Bologna, an Italian city where I sometimes work. One just now gave me an interminable speech about how much he loves me and the unimportance of our different skin colors. He must have guessed (from my second-hand clothes?) that I would be sympathetic to such a spiel. Indeed, a lifetime of the working-class struggle in my own white, first world bubble predisposes me to empathy for others worse off than myself. He talked and talked until I bought a lighter from his portable cardboard
showcase.

Biological needs, the encounter reminds me, turn on repetition. We’ve hardly finished eating before we have to move on toward procuring the next meal. We recite our pitch, earn a couple of coins, and move on to the next mark. We call the hours between shifts “free time” because they earn us no money. Survival is an endlessly revolving merry-go-round. We can’t get off while the ride’s in motion; it’s a constant struggle to hold on to enough sanity to play along with the game.

A moment later another refugee passes. He stops, hatred in his eyes, and asks for a handout. I decline and he marches on, re-convinced of the world’s hostility to his survival. For him it’s personal. Even if love—as the previous street vendor proclaimed so insistently—is the answer, it might be the question unformed that prompts us toward madness. In this world we all live a quiet desperation, scheming how we’re gonna get down from the merry-go-round’s spinning: a handout, a stock option, the lottery. 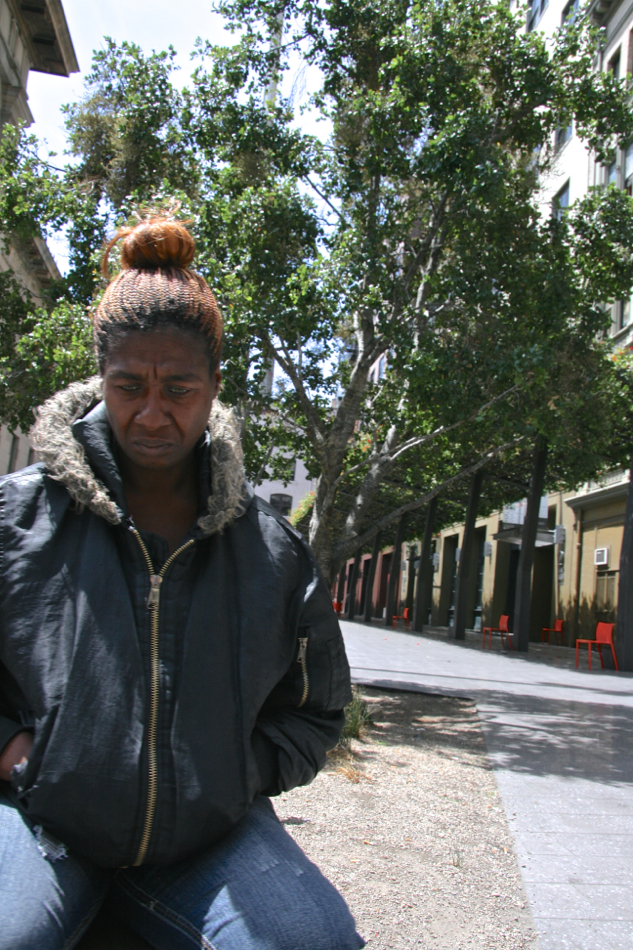 When did you last turn on a dime? 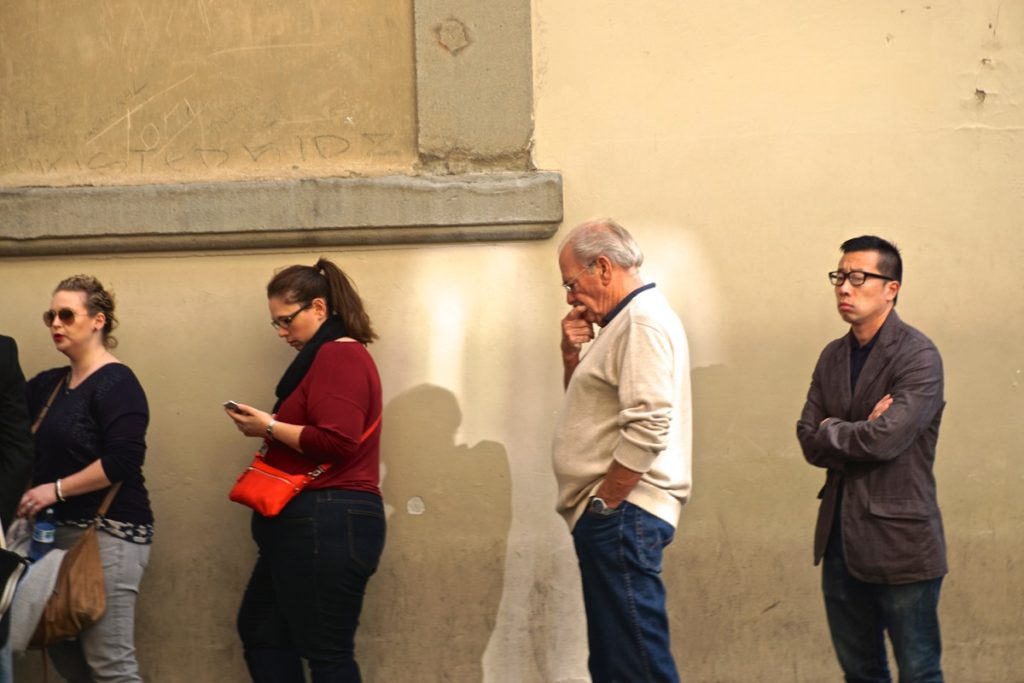