The heat is on, but the poets in this issue keep their cool. Deftly. New poetry from: Ann Lettick, Richard James Allen, KB Ballentine, and Jennifer Rieger. Cary Tennis brings us a Cultural Commentary that sets off sparks between words and their meanings, and the artwork in this issue by Florentine-turned-Pisan Elena Secci is rich with summer light and compositional harmony.

In March we launched Ampersand, our new interview series, with bestselling author Laura Fraser. Keep an eye out for our next interview with Lee Foust, whose life bridges two worlds with real bridges you all know: the Ponte Vecchio and the Golden Gate.

The Sigh Press enjoyed a great turnout for another Poetry Night in April with special guest musician Derek Mattuchio who filled the room with original sound and heartfelt lyrics. More recently, our collaboration with Florence Writers on “Publishing Day” was a huge success thanks to help from Lori Hetherington and the fabulous visiting guests: writer Nuala O’Connor, literary agents Kimberley Cameron and Andrea Cirillo, and HarperCollins editor Martha Ashby.

The Summer Issue marks the second-year anniversary of The Sigh Press. We’d like to express our gratitude to our contributors, the extremely talented writers and artists connected to Tuscany who make this journal a quality one. Our goal is to bring their work to readers everywhere. And we’d like to thank those readers: without you, the words and images would just hover unseen on the page.

Please visit Submissions for our Autumn Issue theme and deadline and check our Facebook page for frequent posts.

Read about the contributors of this issue here or read the PDF version of the issue at The Journal.

POETRY, KB Ballentine
A Story Travels in One Direction Only
from the forthcoming The Planet of Dreaming

POETRY, Jennifer Rieger
When your friend is newly widowed, you drink the boxed wine
POETRY, Richard James Allen
Lessons from the Divine Comedy 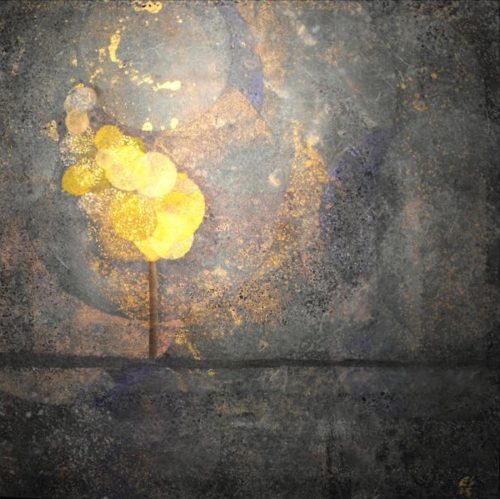 HOW LIFE TURNED OUT

I think maybe you thought your life was going to be a wall-sized narrative painting, executed in oils by a maestro with his army of assistants, the kind of magnificent old master achievement that draws in crowds for a summer blockbuster exhibition,

but somehow it turned out to be a quietly reflective line drawing, a pen and ink study, or, to be unvarnished, something even more modest, the sketch of a moment dashed off on the back of a napkin by some student of life,

tapping out his impatience with his second-hand designer shoes, as he waited for an assignation that was never to be,

and then left on a corner table in a perky little inner city café, peeking almost provocatively out from under a coffee cup like an obscene doodle, yet failing to penetrate the ipod-headed mind-shuffle of the waitstaff,

but miraculously snatched from the garbage silk road to oblivion by a bored barista, who pinned this lifelikeness up on the communal bulletin board,

amusing himself for the smallest possible unit of a moment with the inner chuckle that this was a visual tip from a bohemian artist, escaping briefly from his choice of normal, recycling, or green waste bins,

and there it hung, in all its glory, this miniature piece of your life, for at least a day, perhaps even a little more, before gradually being encroached upon

by a patchwork of missives from others in the shifting tribe of restless café dwellers, each in their own way unashamed to broadcast their need for, or unabashed offer of,

somewhere to live,
someone to love,
someplace to work,
or somebody to walk the dog,

A STORY TRAVELS IN ONE DIRECTION ONLY

Folded in dreams, night thrives,
stars cushioned in darkness,
ravens veiled by branches, shadow.
When she wakes, her flesh will tingle
in the still-stirring air. 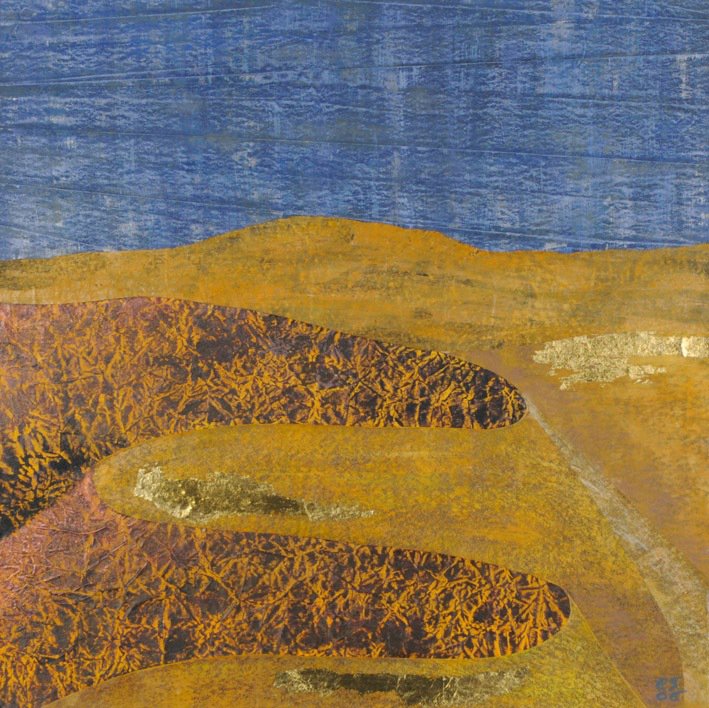 WHEN YOUR FRIEND IS NEWLY WIDOWED,YOU DRINK THE BOXED WINE

After hairpin turns on small country roads
almost striking wayward roosters
daring to cross our path,
we sat there.
Have I ever seen her face free of makeup?
Her hair not combed?
She looked even younger, somehow.
In dirt-trimmed slippers,
she retrieved three glasses and
poured the boxed red blend.

We knew of the headaches awaiting,
knew we shouldn’t drive,
but we turned and curved,
the sun only peeking
blushed pinks and oranges,
no roosters in sight.
We didn’t speak.
We knew each other’s thoughts,
knew the homes that awaited—
the mess in the kitchen,
football blaring.

LESSONS FROM THE DIVINE COMEDY

If time still exists and we are still subject to it,
perhaps it is not too late for us to fall
into that swoon we call love?

But even if I do, if you do,
is it too late for our intertwining
to retune the dissonance of the world?

How can we set the tiny sparks of our entanglement
against whatever is the latest theory for the winding down,
drifting further and further apart, and dimming of the universe?

Unless Dante’s guides were right,
in leading him towards the intuition
that “love…moves the sun and the other stars”?

If love is the binding force that animates the universe,
might not ours make a difference? With it,
could we not restart the great wheel of entrainment?

Reillumine its pathway through time? Set once again
into harmony the music of the spheres,
with these, our instruments? 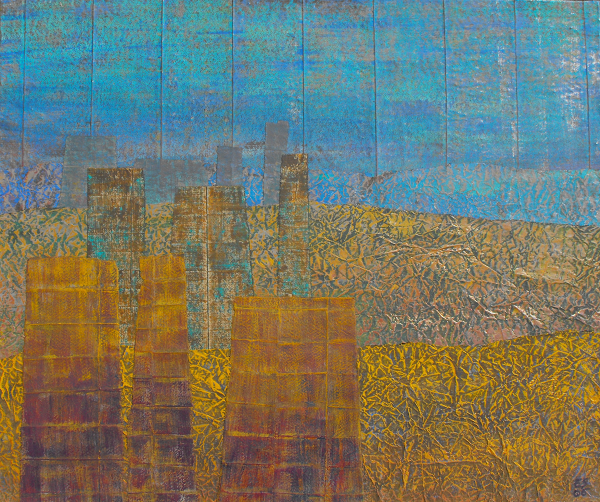 Excerpt from THE BURNING FAGGOTS BAKERY

From the window of the small study in our top-floor apartment in the centro storico of Castiglion Fiorentino, I often watch the narrow stone street below. There is a bakery there that I did not know was a bakery for a long time because it has no sign.

My wife and I were talking one day in the kitchen and she told me about this bakery with no name, how it was the best one and how everyone said you have to go there but the woman who runs it is a little strange, they say. How? I say. I don’t know, my wife says. They just say she is strange.

I see they must be trimming their trees out back, I say.

What? she says. They must be trimming their trees. They keep leaving these bundles of sticks by the steps to be picked up.

No, she says, those are for the oven.

Those bundles of sticks are fuel. They burn them in the oven. Those are faggots.

I raise an eyebrow. She says, That’s where “faggots” comes from, isn’t it? Because they were burned?

There is so much we take for the truth that is not the truth, because it satisfies something or is, as my wife would say, “true in that that’s how it feels.” So I look it up. It’s not really true. I mean, it’s true that gay people were burned, especially in Venice, horror of horrors, but it’s not true that that’s where the American usage of “faggot” came from.

Me, the stickler, the fussbudget, pignolo. The history of the word is not true but the story is true and the story is a metaphor, another kind of doorway into what the past feels like, what the knowledge-that-is-not knowledge feels like, how it is a belief, a what-we-must-believe-because/it-seems-true belief. Besides, don’t you think, because it seems true it is true, in a way, isn’t it, because it is in the hearts of people, because it makes us feel how cruel the world is, and that is a kind of knowledge, too, underneath which is how we look at history, how our stories assuage our
guilt even as they stoke it, how we resist hard knowledge even as we seek it, how we embrace easy knowledge even knowing it’s cheap and thin and will never last, and how the fear that all of us know but most of us, thank God, simply acknowledge and live with, drives the worst of us to beat faggots with stones and burn faggots with cigarettes and drag them behind pickup trucks and leave them on the sides of roads in desolate western states?

There is no such thing as an innocent cup of coffee.