We asked our contributors: Tell The Sigh Press about a first impression you remember vividly. 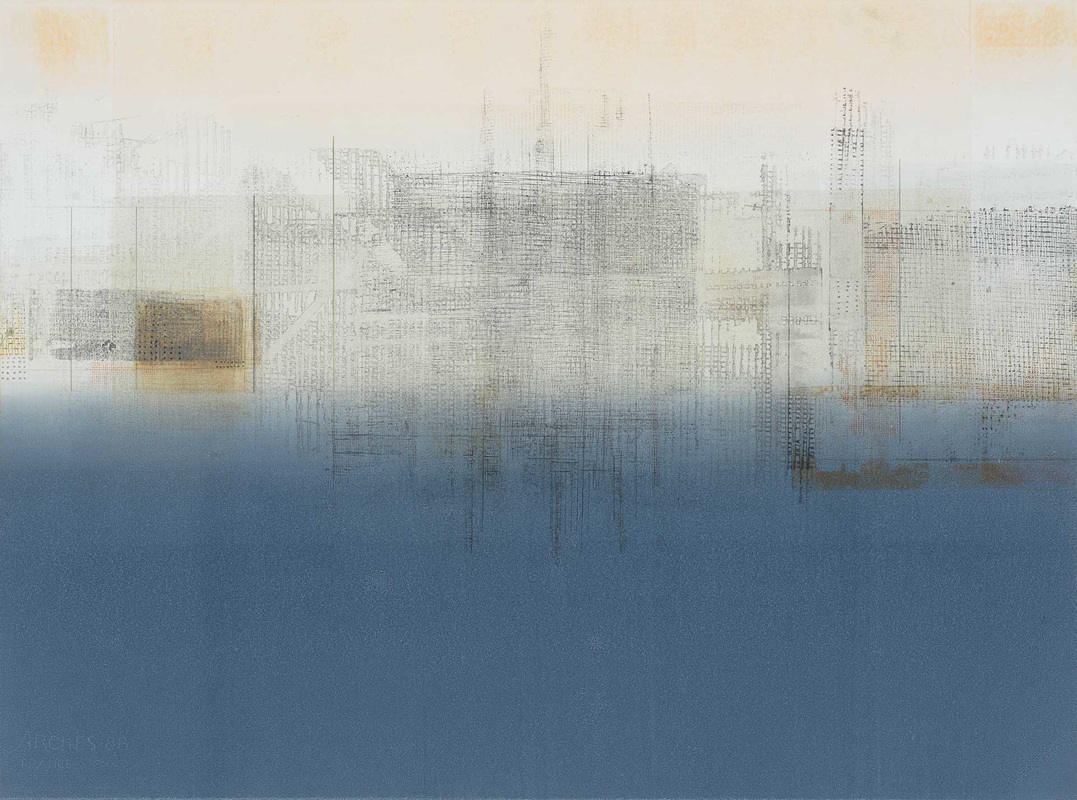 DEBORAH SIBONY’S work and aesthetics derive in part from her heritage— North African—and her formative cultural experience growing up in Italy. For many years monotypes have been her medium of choice. Her work is process-driven, as she experiments with the many uses of the press in combination with mixed media. Each print is one-of-a-kind. In addition to her work as an independent graphic designer, she has been a master printer, teaching and mentoring artists in her studio.

THE SMELL OF ORANGE BLOSSOMS IN SPAIN.
Sleeping under the stars at Sharm El Sheikh.
Hiking to Mt. Sinai in the dark to get there at sunrise.
Livorno in the winter, Tirrenia in the summer.
Antonioni, Wim Wenders, Wong Kar Wai
Cheb i Sabbah and Nickies.
Fantasy Records.
The Jewish cemetery in Essaouira.
Folegandros, Greece.
Havana, Cuba.
Entering Yosemite Valley, every time.
My family, every day.

ONCE, AT FIVE, I saw a tree full of faeries. Declared it so to my mother who saw them too. (Did she? Both of our Third Eyes open at once?) What a shame we have exiled the Little People to phantasmagoria. Being gentle, if at times mischievous folk, it horrors them that those of our own kind we deem little people also feel the force of our disregard—even worse, neglect. I persist in reducing myself to what the Upanishads defines as that from “Which speech falls back and the Mind retires baffled, unable to reach it.”

JESSIE CHAFFEE completed her debut novel, Florence in Ecstasy, with the support of a Fulbright grant to Italy where she was the writer-in-residence at Florence University of the Arts. The novel was selected as a San Francisco Chronicle Best Book of 2017. Her writing has appeared in Literary Hub, Electric Literature, and The Rumpus, among others. She lives in New York City, where she is an editor at Words without Borders, an online magazine of international literature.

MY FIRST NIGHT IN FLORENCE was sleepless. It was the middle of a scorching summer and I’d foolishly left the windows wide open to keep the room cool. I spent that first feverish night hunting mosquitoes, and I was exhausted and cloud-eyed wandering the city the next day. But I still fell in love with it and returned for many more sleepless, mosquito-filled nights in the years that followed.

LYALL HARRIS is a double-lifer; in both lives she is a visual artist and writer. Her artwork has been widely exhibited and recognized with numerous awards and her poetry has appeared in such publications as The New Guard and The Prose Poem Project. Her book art can be found in Special Collection libraries across the United States. Since 2014 she has collaborated with Florence-based book artist Patricia Silva. Harris co- founded The Sigh Press with Mundy Walsh.

BROADWAY. 1979. ANNIE. I was 11. My mother had said something about a “live orchestra.” I was expecting a boring “symphony.” It was my first trip to New York, my first airplane ride, but I don’t remember anything except that musical. For two hours, Daddy Warbucks plucked me out of my life, too, and sang me into happiness.