Jessie Chaffee is a writer who knows Florence through the sound of the daily church bells and what this does to the body; she knows it from the waterline up and the feeling of oars in water; she knows it through saints whose presence can still be felt in the city’s bones. You’ll discover this kind of knowing in her debut novel Florence in Ecstasy.

Look for writing from Chaffee in the next issue of The Sigh Press (Summer 2018); you can also find Jessie’s prose in Issue 6 Autumn 2015. 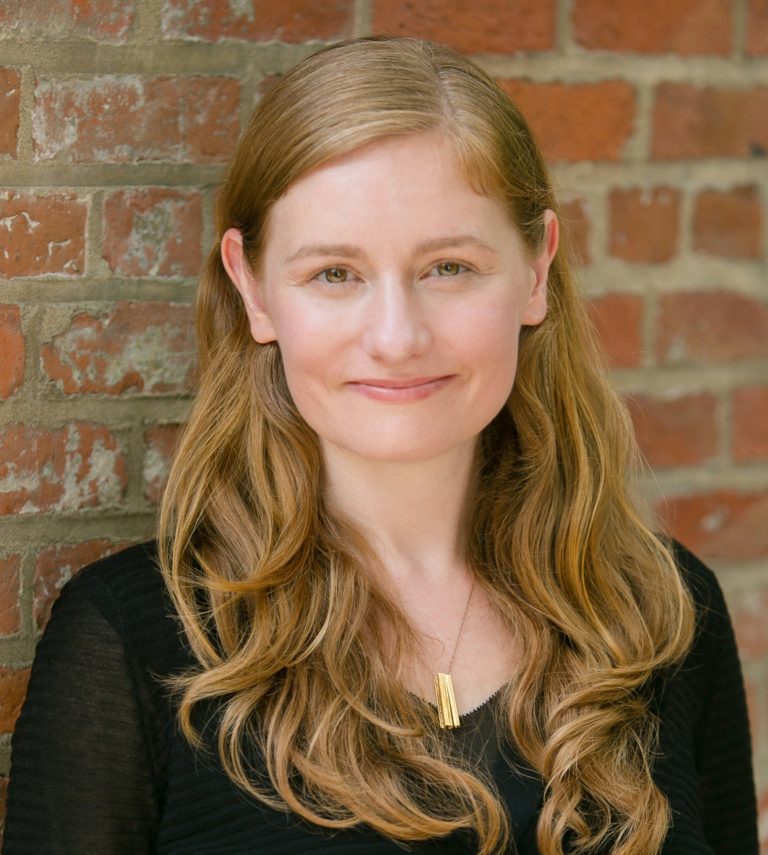 Jessie Chaffee’s debut novel, Florence in Ecstasy, was selected as a San Francisco Chronicle Best Book of 2017. It is forthcoming in translation in the Czech Republic, Russia, Poland, and Turkey. Chaffee completed the novel with the support of a Fulbright grant to Italy, during which time she was the writer-in-residence at Florence University of the Arts. Her writing has appeared in Literary Hub, Electric Literature, The Rumpus, Slice, and Global City Review, among others. She lives in New York City, where she is an editor at Words without Borders, an online magazine of international literature.

Jean Rhys’s Good Morning, Midnight was one of the inspirations for Florence in Ecstasy. I first read it in my twenties and I was completely absorbed by the novel, which is about a British woman alone in Paris who is descending into alcoholism. Rhys perfectly captures the duality of addiction—the pain and ecstasy of it—that’s at the heart of my own novel. While I’m fairly upbeat and optimistic, like most people, I’ve had moments in my life when I’ve become a stranger to myself—Good Morning, Midnight cuts right to the heart of those experiences. It is a stunning, visceral portrait of the loneliness, rawness, and also the power of being outside of oneself.

You spent a considerable amount of time in Tuscany to write Florence in Ecstasy. Clearly, Saint Catherine of Siena was an inspiration for the novel; the Arno river could be considered another “character” in the book. Are there less tangible aspects of Tuscany or Florence that were fundamental to the telling of this story?

That Florence is saturated with beauty and history is a cliché, but it’s also true, and because of the roles that both beauty and history play for my protagonist, Hannah, I don’t think her story could have happened anywhere but Florence. I’m not sure what it is that makes the aesthetic of the city so unique—the quality of the light, the art and architecture, the way that the dense chaos of the city center transitions so quickly into tranquillity in the hills that surround it—but that beauty is unique and it’s palpable. Likewise, the history—you can feel the layers of it in a way that you don’t in, say, New York, where I’m from. It was easy for me to imagine the lives of the saints who were local to Florence because they still feel present to me in the city. Every city has its own rhythm, sounds, and choreography, and so those also really shaped the book. For example, many times a day you can hear the bells of Florence’s churches ringing throughout the city, and that kind of repeated intoning—the feeling of being lifted up and then emptied out by the sound—influenced both the content of the book and also the rhythm of the prose in a way that was completely unconscious.

Self-doubt, always. I’ve written for most of my life, but the blank page never gets less scary. I’ve found ways around it—I’ll give myself the task of writing x number of pages, even if they’re awful, and that allows me to write my way into the good stuff, into the moments where the writing takes over. Those moments are the high and they’re what keep me coming back to the blank page again and again, in spite of the doubt.

I tell people I’ve always wanted to be a writer, and that’s mostly true. But actually when I was a child growing up in New York City, my dream was to be a taxi driver—I loved the idea of getting paid to drive all sorts of people around. In fact, I still don’t have my license, so I’ve ended up pretty far from that dream!

In Florence in Ecstasy, you explore Hannah’s struggle with an eating disorder that controls almost every aspect of her life, from the act of eating to her intimate relationships. Form and content are well matched: the lyrical nature of your writing supports and reinforces Hannah’s interior dialogue and struggle. How much was Hannah’s central struggle a catalyst for the writing style vs. how did the writing style influence the way you wrote about Hannah’s issue?

What a great question. Because the novel is about someone struggling with addiction, and because it’s told in first-person present tense, the writing style had to reflect Hannah’s interiority, so her internal conflicts were the catalyst for the form. As a result, sometimes the prose becomes fragmented—Hannah’s life in Florence is constantly interrupted by the ghosts of her past and also by her struggle for control in the present, which emerges in the kind of listing of things, whether food or the parts of her own body. The more lyrical sections emerge when Hannah feels more at peace, as well as when she experiences the ecstasy and euphoria that are at points inspired by not eating and at other points inspired by a healthier sensation of connectedness and present-ness that, if we’re lucky, we all catch glimpses of from time to time.

Hannah asks a few questions in the book that I think show up in a lot of my work: Am I the same person yesterday as I am today as I will be tomorrow? How can I reconcile the people I can be vs. the people I will never be? How can I make peace with my body? (In Hannah’s case, that last question isn’t only about the disorder but is also about the inevitable complexity of being a woman in a body in the world.) Because I haven’t found answers to any of those questions, I’ll likely keep writing about them!

Many writers are masters of distraction and procrastination, and I’m no different! But I find the time because I have to—writing is my way of making meaning and understanding the world and myself. When I’m not doing it, I feel unsettled—I’m not myself. And so if I haven’t already made the time, when I get to that point, I will.

When I was twenty-two and twenty-three, I struggled with an eating disorder—not to the extent that Hannah does, but it left me with some of the same questions and doubts that she has, and that I was still grappling with at twenty-five: Will I ever be fully free of this? Will I ever be comfortable in my own body? I’d reassure my twenty-five-year-old self that I would get to a better place in terms of my relationship with my body, but I’d also tell her to try to worry less about being “fully free” of the disorder. I think the reality of any addiction is that you don’t just eradicate it—I think our vices and vulnerabilities remain with us, however subtly, but we find a way to live with them and to not let them control us.

Something that always makes me smile is spotting an Ape 50, the little three-wheeler cars that are so prevalent in Florence. If anything inspires me to get my license now, it will be the Ape 50!