To understand why Tuscany figures briefly but importantly on the life map of San Francisco-based writer Mark Wallace, tune into our forthcoming Spring Issue. We’re pretty sure “The Road Trip Test” is an essay you’ll remember and want to share. In the meantime, there’s plenty to consider about (Wallace’s) writing and where life takes us, thanks to Mark’s generous, candid answers in our twelfth installment of Ampersand. 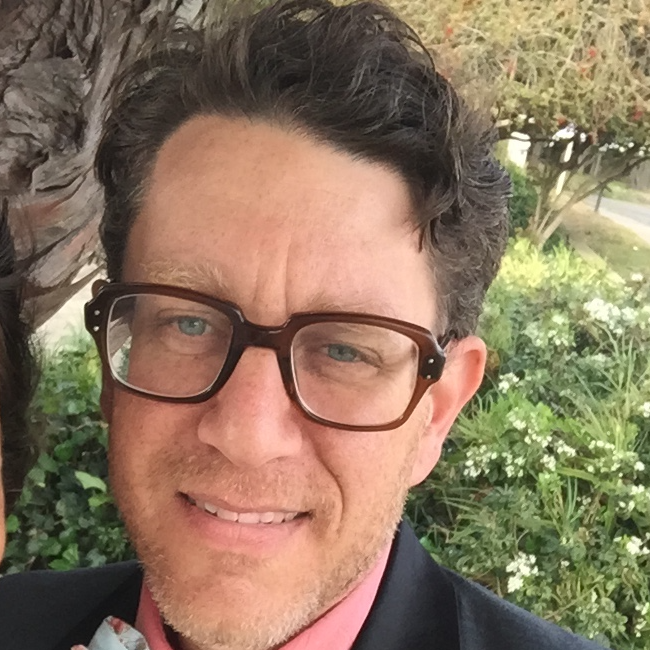 Mark Wallace is a journalist and essayist in San Francisco. His writing has appeared in publications like The New York Times Magazine, the Los Angeles Review of Books, Wired, Fast Company, Salon, and many others. He is co-author of The Second Life Herald: The Virtual Tabloid That Witnessed the Dawn of the Metaverse (MIT Press, 2007), one of the first narrative accounts of the social, commercial, and political impact of online games and virtual worlds. He teaches classes in writing, and in navigating the freelance life, at the San Francisco Writers Grotto.

Maybe 25 years ago I quite randomly picked up a book called You & Me by Seymour Krim, one of the unfortunately lesser-known Beat Generation / New Journalism writers, and in the back of that book I discovered an essay called “For My Brothers and Sisters in the Failure Business” that immediately helped me locate myself. Krim is eloquent—as only a New York literary Jew of that era can be—on his riotous questing after a path he could call his own, and the feeling of constantly falling short of his goal. It feels like it will drown you, but if you can get out from under it, it becomes the thing that drives you to your best work. (Krim never quite got out from under it; he died a suicide at age 67.) And when he’s not directly writing about himself, Krim practices a kind of literary and cultural criticism I love. Even in a book review, he pursues candor to the point of shame and humiliation, but he lets this kind of writing lead him to some very sharp observations about things like the state of the culture and the future of media in the dawning information age. If only he realized how sharp he was, from his very particular vantage on the fringe of the literary tapestry of the 60s and 70s.

I have a deep, overwhelming, nearly constant craving for praise and approval. So I tend to focus on whatever I think will lead most quickly to someone saying to me, “Yes, great idea, good job.” Sometimes that’s an editor saying yes to a pitch, but sometimes it’s my own satisfaction at getting the draft of an essay down. The problem is, when I get the assignment, I then don’t want to embark on the labor-intensive process of reporting and writing the story. Or once I draft an essay, I don’t want to do the hard work of revision, of understanding what I’m really trying to say, and being ruthless with myself about whether that’s really coming through. I want the quick hit of satisfaction and praise, and my mind will do anything to get it, so I find I have to be really vigilant and just set things aside and do the work I know I need to do, almost as if I’m on autopilot. I can’t stop to judge what’s the right thing to do, I just have to do it despite myself.

You left writing for a long stretch to pursue start-ups in the tech industry. Without writing, what was missing besides just the words on the page?

I left writing because an opportunity appeared rather suddenly, and because I wanted to be doing something less ephemeral, to step out of the world of ideas. (Not that software is much less ephemeral than writing.) But what I found—and this is probably obvious to everyone but me—was that the world of ideas is everywhere. Any kind of product you might work on is stuffed with ideas and conceptions, and those ideas are connected to other thoughts and behaviors and products throughout the culture, and there’s this constant interplay between what you’re creating and who’s creating it and how it affects people and how it in turn is affected by the people who come into contact with it. When I became a founder, in 2007, no one was thinking much about this stuff when they were making things. People pay more lip service to this today, but the thinking is still mostly on the surface level, of how their product can appear to satisfy a customer’s need—not in the service of satisfying that need, but in the service of creating a sale. I don’t think I really understood how I felt about this until after I left tech and went back to writing, but now I see how much I needed to be more directly dealing with and thinking about these kinds of ideas, and how little opportunity I had for that when I was working in Silicon Valley.

This was never true of my journalism, which was all over the map in every sense of that phrase, but it seems to be true of my more personal writing, at least to an extent. If there’s one topic that feels like it’s in the background of everything I write these days, it might be voice, how each of us finds our voice, what it means to have a voice in the world, how we learn to say what we need to say, what it means to listen. The most interesting case of this I can think of is identity, and how we express who we are, and whether we can ever express that fully. Hand in hand with this is the idea of whether we can ever really know anyone, or even ourselves. That’s not a flaw, not an indication we can never be close to one another, but just a corollary of the fact that being is always going to be richer than knowing or expressing. But even if we can never get it totally right, we still need to know and express—and that’s a lot of what makes life exciting.

One thing that has really helped me in this department lately is the practice of morning pages, as described by Julia Cameron in The Artist’s Way. I sit down in the morning with pen and paper (the exercise is meant to be done longhand), and start writing and don’t stop until I’ve filled three 8-1/2” x 11” pages. It’s completely stream-of-consciousness, the point is not to produce anything of any quality or on any particular topic, just to be moving the pen across the page. But what I find is that if there’s an essay I’m working on or something I’m struggling to get started with or that I’m stuck on, I tend to work out a lot of the ideas that I’m dealing with in these pages, and things often become clearer to me while I write, even if a lot of what I’m writing is along the lines of, “I don’t know why I’m writing this, I’m sure I’m doing it wrong, how long do I have before this is over,” etc.

The Sigh Press will be publishing your insightful, touching, and very funny story, “The Road Trip Test,” in our Spring Issue. When you began writing it, did you know it would have these qualities; was that what you were after at the start? How much does process determine the tone and turns of any given piece?

I started writing The Road Trip Test as an anniversary present for my wife. I hoped there would be humor in it, since we do look back on that period with laughter and smiles. It wasn’t until I got to the end of the draft that I understood what its basic insight was, that there’s a quality of the tenuous to even the most loving and stable of relationships. And that idea evolved over a number of drafts, as all my essays do. I often find I don’t know quite what I’m writing about—what the human drama is that I’m dealing with beneath the narrative—until I’m a few drafts in. I almost never know what it is on the first draft, although I think I’m getting better at that. On the other hand, I don’t want to get too good at it, since I think it’s only in the writing that a piece can really become what it needs to be. That was a lesson it took me a long time to learn, but it also means I’m free now to write a draft that doesn’t have to mean anything at all, since I know I can get it to show me what it’s about as I continue to work.

I worked as a computer programmer in the late 1980s, well before the start-up economy of the past couple of decades. I had dropped out of music school and wanted to get out of San Francisco, so I got a job writing financial software for a labor union—I had learned to program as a pre- teen, from my father—and worked there for a year or so and saved some cash. Then I quit, bought a ‘73 Oldsmobile Delta 88, sold all my stuff, and left California to spend a few months on the road. (Word to the wise: There is no car more comfortable for sleeping in while parked by the side of a two-lane highway in Oklahoma than a ‘73 Oldsmobile Delta 88.)

Tell us something that recently struck your funny bone or share your favourite joke.

I have a terrible memory for jokes, so I struggled with this question for a while. Finally, I left my office and was walking to the train, wracking my brain for the last really funny thing I’d come across, when I spotted my reflection in a shop window: brow furrowed, scowling, an angry look scrawled across my face. I had to laugh.