“Tongue twister” brought us wordplay, inventive forms, and a few surprises. Recently featured in a Sigh Press Ampersand Interview, Kevin McFadden takes us on a journey through language in the poems selected for this issue. We also hear from Stephen Morison, Jr, whose midnight tweets we welcome, Jeff Shapiro who brings us a conjugation riff that’s downright contagious, and Shelley Martin on two words we’re still scratching our heads over.

The visuals in this issue—an orchestra of line and shape—interpret Dante in an exciting calligraphic collaboration led by Monica Dengo. Our Contributors’ page has links to further learn about their work.

We’re hosting another Open Mic on March 29 at 7pm at Florence Writers in St Mark’s, Florence. We hope you’ll come to share your writing and discover a vibrant, creative community, and to raise a glass with us as we reach our third year at The Sigh Press!

Be on the lookout for our interview with Baret Magarian in the autumn and Kamin Mohammadi in the Winter 2017 Ampersand. Remember to visit Submissions page for our Summer Issue theme and deadline, and our Facebook page. Check out the pdf version of The journal.

The Shape of Accents; A Visual Reading of the Divine Comedy

Jr Horatio in Middle Age: A Tale Told in Tweets

Keep your eye on the shells. Don’t think of the old inhabitants long since skedaddled, looted, or shucked— they never twirled this purposefully, they  never scraped to make a buck

Keep your eye on the shells. Don’t think of the old inhabitants long since skedaddled, looted, or shucked— they never twirled this purposefully, they  never scraped to make a buck.

Keep your eye on the shells. Don’t think of the old inhabitants long since skedaddled, looted, or shucked— they never twirled this purposefully, they  never scraped to make a buck.

Not so much the fly in the ointment,

nor the fly in a humorist’s soup.

Not the fly on the wall. Not the buzzer

when she died. Nor is this the proverbial fly

trapped in amber—too tragic a creature,

beguiled by an ancient circus bark,

some iferous con, his sucker pitch.

I could go on, but why? It’s just the fly

all afternoon keeping me company—

if you could call her that—no awareness

in those tempus fugit eye-eye-eyes that today

I’m central casting for the characters on this screen.

A part, I can see, she was born to play.

Its id is immeasurable! Its I is inviolate. It integrates indefinite identities incrementally.

Its intact Indo-european is impressive if inscrutable. Its illegible intelligence inconsistently intensifies its inquiries. It ingratiates itself ignominiously if input is idiosyncratic. Impunity, immunity. It involves itself, impresses itself, impoverishes itself, imprisons itself. It inaugurates its inauthentic incarnations into incarcerations. It invariably invites interrogations into its imprecations. Its intellectual iconolatry is interesting: ideas ingeniously inlaid, inwardly irreligious, inordinately imbricated, impossibly intricate. Ideals insomuch (Isaiah). Idols inasmuch (Ibid).

It’s inherently inhibited if imposturous. It is insensate inside. Inarticulate. Inarguably, its immediacy is immense. Its introspection is infinitesimal, its inertia is intuitive, its instant is infinite, its insignificance is imminent. Impertinently, I’m incubating it. Infidel! Inimical inbreeding!

Its indomitable itch is intense, inconvenient if inferring its inferiority. It is immature—is it immutable? Iffy. It is if it is, it isn’t if it isn’t.

Impartial impasse impending, incorporation is its inmost iniquity. Infusion is its infotainment. Innovation is its incredible interpreter. It impels its imperative impertinence. Its ilk is invisible, indistinguishable in indigo, I intimated. It impales its indefatigable impatience.

It is its intrinsically insane inquisition into ideation and impulse. I impetuously implore its individual individuals … “Interdependence, Inc!” I interject. Interglacial indifference. Interloping interlocutor, indulge its inundating inducements. It is insatiable. It is inalienable. It is intractable. It is implied. It is I.

HORATIO IN MIDDLE AGE: A TALE TOLD IN TWEETS

Recitation is on for Thursday evening as per usual. Tix avail from usual

Bad review in the Stockholm FOLKBADET. Bad enough that they

Asking the simple questions these day the Prince never asked

Trondheim. The regime is like a well-calked boat around here, no leaks.

The castle is full of ghosts, haints Wandering the parapets and corridors

while the ocean rumbles

and loyalty to her brother, Cleve, Old Norways favorite general

Performance is on for Thursday evening as per usual. Tix avail from usual

Prince has decreed there will be no more performances. It is most retrograde to his desires that I should leave the castle.

Nor shall there be more tweets about ghosts

Children of the castle may assemble Friday mornings for performances

She is her fathers daughter Her favorite plays are about hunting

Also the one about the giant talking fish

Come one come all to the Friday morning performance of Warrior Circe.

Favorite play of the Princess. Tix available from the usual outlets.

Come one come all to the Sat afternoon performance of Dido. Princess fav

of season. Tix available from the usual outlets.

Friday of the old play: Hamlet, Prince of Denmark. No puppets. Tix avail

performance yesterday She was full of empathy

A new and original play. Sure to entertain. Some puppets. Good for all ages.

Princess to be wed! Sailing to her new home. I stay. Baron reassures. Has

Norway is dead! Long live the King! Prince Fortinbras to be crowned King

Will pack up the castle and relocate to Trondheim.

I will stay and continue to entertain the staff at Elsinore.

The ghosts speak in whispers beneath the curling winds. Winter is coming.

War is declared! Warships in the Straits We watch from the parapets.

She asks for the old play. You mean the Perfect Wedding? I ask. No, the

ghosts, she says. The arras. Tell about your old friend Hamlet.

She no longer cries to watch the play. She nods as if in agreement. The

At Princess command a new play will be conceived. What of your life

Horatio? she asks. What of your childhood?

Fortinbras is dead in Trondheim. A rictus seized him during supper. His

face collapsed in his soup. Long live the Swedish king!

Our sweet Princess will be crowned Queen with her Lord. Where is the

little girl I once knew?

Prequel. Show not for young children.

Ghosts o young Hamlet and Rosencrantz on the parapets after show. Fresh

and smiling like day in the carriage long ago. Before return to Denmark.

Queens asks for her next play. She asks for Fortinbras: Conquering Prince.

But The cold is in my lungs. Who will tell his story?

And what of my play? the sweet Queen asks. Breathing is a chore. I pray

you do not need one, I tell her. I pray you rule without drama.

The Queen is with child! They wheel me to the theater to oversea the

puppet theaters repair. She stands beside me. The grown Queen.

Let there be no more arrases.

Not to be? The time for questions is past. The mists thicken. 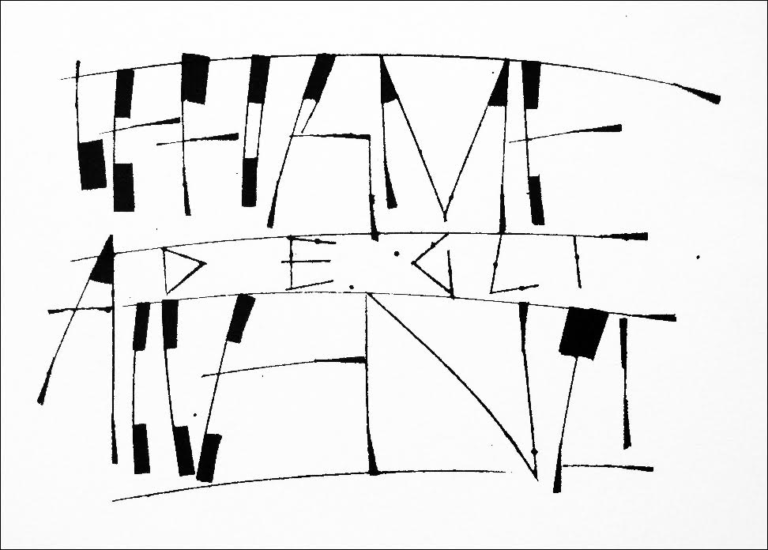 “Where’s your lei, Lou?”
“I, um, mislaid my lei at the luau, Lori.”
“Lying lech. You wooed Lulu on the Li-Lo in the low-lying lea.” “Unlikely. Lulu likes Len.”
“Then you lured Lola.”
“LOL. Anyways, Lars says Lola’s a lousy lay.”
“Lowlife,” Lori laughed lifelessly.
“I love you,” lowed Lou, lulling Lori.
Lewd Lou lied: he had lain with Elaine.

My friends and I sit around the glass table in our kitchen, staring at the many postcards we’ve arranged beneath the glass. Symbols of cultural endeavor and exploration.

“He started talking to me and then he probably saw that I was so hit and thought it was dub,” Z says in her strong Brooklyn accent, only made thicker with enthusiasm. I look to my other friends for clarification.

She looks at me as if I’m crazy, “Hit? Hit! Ratchet! Ugly!” “Ooohhhh!” the rest of us all say in unison. “But that’s not true!” I complain, pretending to understand what dub means.

Our other roommate K walks out of her bedroom and comes into the kitchen groaning. “Did you see what stupid thing our president said?” she asks, rolling her eyes.

I don’t know whether to laugh or cry as I pull the article up on my phone. Definitely both hit and dub.

Cat got your tongue? 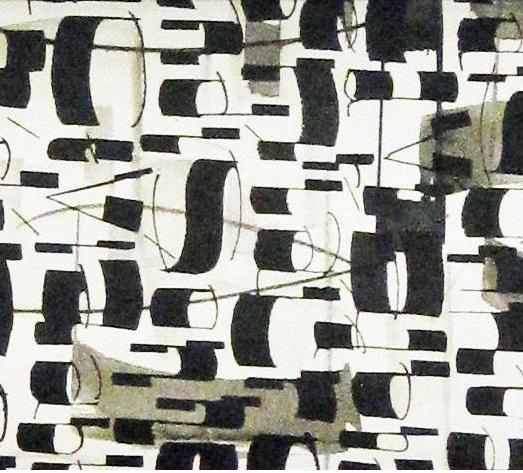