We are pleased to announce our fifth Ampersand Interview with Italian poet Elisa Biagini. A native Florentine, Elisa seems to know everyone on the Italian literary and art scene and is often making literary news herself, but not only: Elisa is an accomplished artist in in a variety of fields, including visual and conceptual art, as well as being a consummate creative collaborator. Florence may be home to Elisa, but her writing is hardly confined by it. She leaves “the idea of Florence” to other writers, but one thing she has in common with illustrious past citizens of her hometown: she’s sure making a mark, and we are watching (and reading) as it reverberates through that weighty city out into the world. 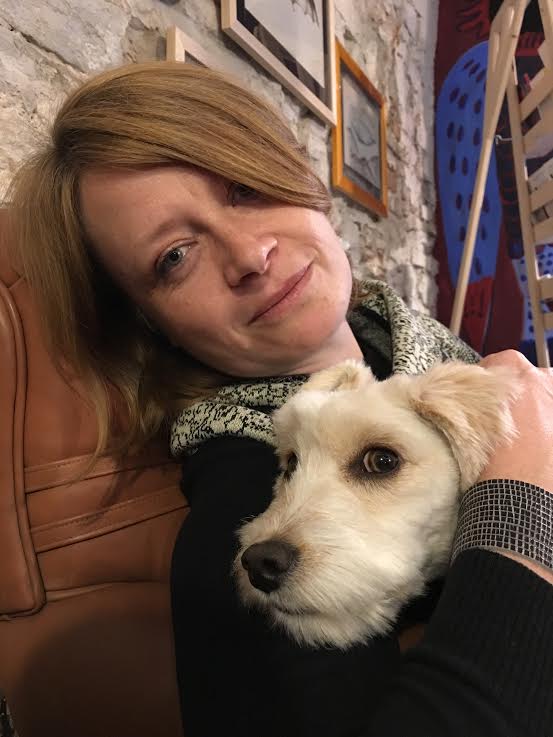 Elisa Biagini lives in Florence, Italy, after having taught and studied in the U.S. for several years (Ph.D. Rutgers University). Her poems have been published in numerous Italian and American reviews and anthologies. She has published six poetry collections, some bilingual, such as L’Ospite, (Einaudi, 2004), Fiato. Parole per musica (2006), Nel Bosco (Einaudi, 2007), The Guest in the Wood (Chelsea Editions, 2013, which won the 2014 Best Translated Book Award) and Da una crepa (Einaudi, 2014, forthcoming in the US by Xenos Books).

Along with her work as a poet, Elisa has presented several installation projects in noteworthy art spaces and has collaborated with musicians, artists and choreographers.

It’s hard to answer…also because such a book as this changes according to what’s happening in my life at the moment…but I could say any collection of Emily Dickinson’s poetry for many reasons: language, images, nature…

You’ve often mentioned the weighty “burden” of being a writer in Florence, especially as a native Florentine. Can you talk a little bit about this? For example, what does it mean to you to be a writer in Florence? Do you simply avoid that association? Write “against” it? How do you, or do you, reconcile the past and present with respect to Florence?

I rarely write about real places anyway or, if I do, I reinvent them. More than from the city, the burden comes from the Italian literary tradition “invented” by Florentines such as Dante and Boccaccio. I obviously really enjoy what they wrote, and their incredible modernity for their time, but I like less the way their followers have influenced the language of literature. I often ask my students to reflect on Florence and “the idea” of Florence, so much more powerful than the real thing. I find it tiring to live here because of the tourists, the administration etc. and I don’t find any of this interesting enough to write about!

Being tired because of teaching…and noises, my obsession!

As a bilingual writer, can you share your thoughts about what English especially has going for it, and what Italian especially has to offer, in terms of writing poetry? That is, according to you and your writing, what are the strengths and weaknesses these languages present for poetry?

I can’t really define myself as bilingual: I used to write in English when I was living in the US and now I rarely do so. That experience was fun and valuable because it gave me freedom to play with forms and sounds. The way I work is basically the same in both languages: first come images and metaphors, often connected to a theme, then I take care of the music of the language. American literature, especially women writers, taught me how to write about the body and about my fears.

Hard to answer…perhaps I could say that I keep trying “to read” what surrounds me, using the tool of language.

Tell us something that few people know about you.

I really don’t know…I think I am fairly transparent and I am quite verbal about what I don’t like!!

Tell us something that recently struck your funny bone (or share your favorite joke).

If you could shout something from a mountain top, what would it be?

I hate noises so I will probably enjoy the quiet.

If you’d like to read the original pdf of this interview or read previous interviews, please go to the Ampersand page.